The story I am working on right now is being written using the Hero 359A extra fine nib. I have been pleased with how well this pen writes and behaves. I use it for both work and home writing.

The pen has a white plastic body with a port window so you can check ink levels. It is rounded with one flat side. So it won’t roll as bad. The length is perfect for me, either posted or unposted, since I prefer a longer pen. The Jinhao 992 while a lovely writer is too short for my taste.

The grip is clear and triangular shaped with finger grooves. This grip is very cool because the ink is visable. It did take some getting used to the grip. The cap provides the only pop of color. I have the mint/sea foam green cap. However they come in the green, pink, purple, yellow, and a grey. The colors were designed to be a “Lady” pen vs the bold solid body colors of the 359. The 359 and 359A are homages to the more expensive Lamy Safari. However this pen clearly is branded with the Hero name and logo.

It is my first extra fine nib all the other pens are mediums. And like the Lamy, the nib is triangular and not a standard fountain pen nib. There are several pen reviewers on YouTube that successfully changed the Hero nib with the Lamy nib. I haven’t had any problems with the Hero nib. It writes equally well on quality journal paper as it does on copy paper. The only disappointing thing about this pen is how fine the line is and the color isn’t as bold as the medium. Except that isn’t the pen that is me.

In the course of work and writing on copy paper I don’t need a lot of ink because of bleed through. I have put four or five different inks in the pen and it has sailed with them all. Monteverede California Teal is my standard ink for work and home. The color is good and bright and there is still sheen coming through. Diamine Graphite was a surprise it seemed to change color, less grey more green tone to it. Ku-jaku in the Pilot Ironshonki ink line was gorgeous. The finer line really allowed the color to come through and it was a lot brighter than with the medium nib. Monteverde Rose Noir and Jade Noir were well behaved and lent their colors well to the extra fine line.

All in all I give this pen a glowing review and hearty thumbs up. By the way I had to order a second so I could leave one at work and have one at home. Cheers, james 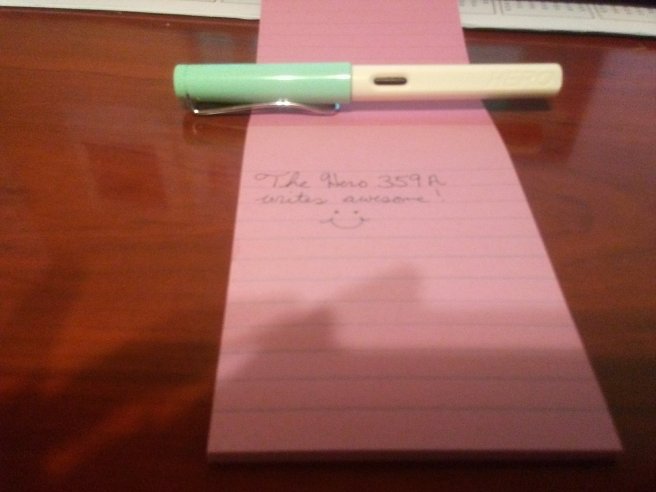 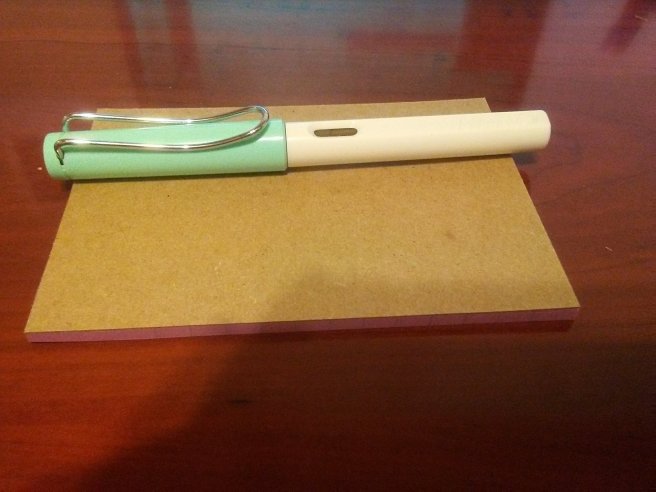 Since I started writing on a new idea of a cursed man that the world has forgotten. How do you break a curse by having someone remember you? When writes things down about himself or the curse, the age is earased. I know very cool special effect.

Currently my thought is to get images through dreams to my heroine. However she is currently a child determined to right a wrong from one of her grandmother’s bedtime stories. Now the question becomes is she my heroine or is she supporting character?

I am creeped out by the imagery of a man spying on a child or communicating with a child until she is grown. In this day and time so much bad stuff has come out about abuse and sexual predation that I am not willing to cross that line. So …

First major conflict, need the open mind and innocence of a child in an adult. I briefly considered using the grandmother except how do betray that trust by snatching her away from her grandchild. It is an interesting tangle I have set for myself. Besides isn’t that what writing is about testing boundaries and discovering things about yourself?

Hopefully I have given you something to ponder in your own writing or reading. Cheers, james

I picked up a book on Libby, my library’s ebook app, called The Glass Spare by Lauren Destefano. This book is fantasy meets steampunk meets weird. It is the debut novel of the author. There is supposed to be a second book. A duology vs a trilogy or series, interesting concept.

Anyway I had no expectation of book or author and I fell into the swing of her world pretty quickly. It was only when telephones, air ships, and cars popped up that I got jarred out of the story. That is where the steampunk comes in, otherwise it is firmly in the fantasy realm.

The premise aludes to the myth of King Midas and frequent mentions of a “golden king” that turned all he touched into gold until he died miserable. Anyway our heronine Wil is her father’s fourth child and only daughter. She is dark where her parents and sibs are fair haired and blue eyed. Her father keeps his children mostly away from the public eye. He set up a rumor that the princess is fair and away at school of some type. Yet that is the only mention of schools in the story. In reality her father is grooming her to be a spy and she is forever getting into scraps and fights on errands for him and her brother.

Wil is pretty well rounded if a little immature. However she is only 15, and several months away from turning 16. She was born with a strange birthmark, a pale line across her chest over her heart.

She finds out she had been cursed and her touch can turn the living into jewels. The only catch is she has to be excited/frightened. So after a terrible accident she is exiled from her home and she goes in search of a cure. She finds instead the prince of the rival kingdom and yeah well. There is kidnapping, fighting, and lots of complications. As the book ends we see Wil headed home to find out why someone would have cursed her. And if she doesn’t return there will be serious repercussions for everybody else.

Hope I have wet your interest in giving this book a shot. It is a fun read and twisty enough to keep your attention. Cheers, james

Part of the Facebook pen group means I get different posts for different pens. One post was a survey to name a new pen design last summer. I voted for Darjeeling and low and wow that was the favorite choice. Yay! I should have played the lottery that day. Never mind. Back to the pen, I have been sticking with the Hero brand of pens from China. I have several of the 221, the 901 and 7022. And of all of them only the 7022 wasn’t to my liking. Not that it is a bad pen, just to high maintenance for me. But since I saw the Darjeeling offered by Fountain Pen Revolution they are a Texas based company. I wanted one. I finally lucked up on their deal of the day and picked up a dark green medium nib pen for $9 plus shipping.

After some growing pains and converter hicups I love this pen. It is a wet writter and the nib is very smooth. However it takes a good high quality paper to keep up with this pen.

I use this pen for my journaling which has good paper that doesn’t mind fountain pens. Long story short a worthwhile purchase at $14 plus shipping. And a steal if you luck up and get it as a deal of the day. Customer service was good when I emailed them about the converter and they sent me a new right out.

If you are looking for a new company to try give FPR a try. Cheers, james

I am finally writing again. I started playing around on my lunch break this week. And there seems to be merit in the idea. A sort of sleeping beauty/beauty and the beast kind thing. Cursed king that the world has forgotten and he is frozen in time, except he is awake and cranky. Very cranky. So how do you break a curse when nobody remembers you exist.

Fun idea right. I’m thinking so. I will keep you guys updated. Writing on my lunch break is nice cause it gets me away from a computer screen. And I haven’t given up on my other stories. But I can’t afford to get that sucked into my writing while at work. Otherwise nothing gets done because I am continually distracted thinking about the writing. Yep not ready to let my day job. So must stay focused on work during work time.

So I am safe working on this one cause it is the sum total of 3 or 4 pages. But I am super excited to be writing and writing with my fountain pen. Have a wonderful Saturday.